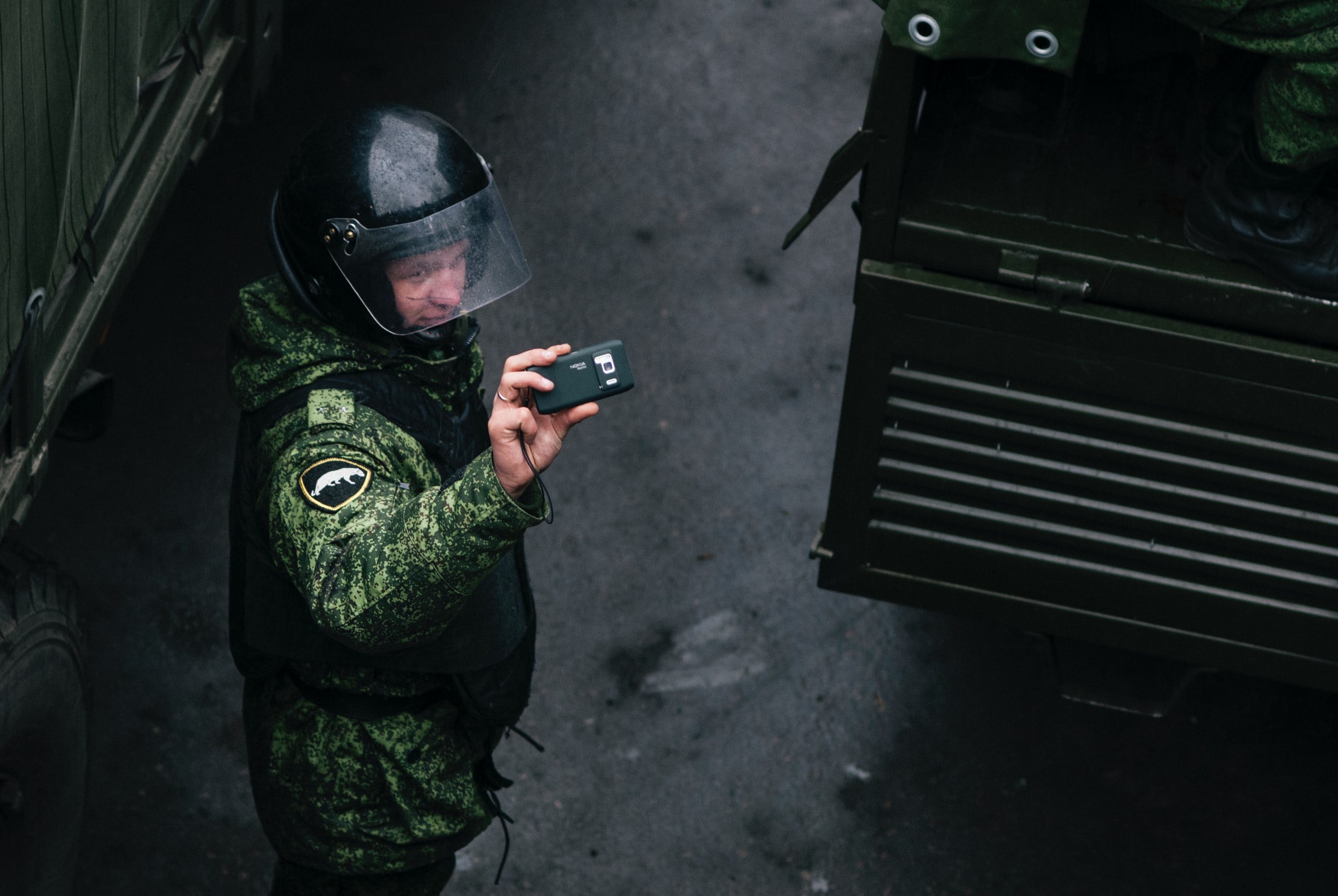 A police officer in uniform, taking pictures on his cell phone, a photo by Egor Myznik

I was shocked watching the images coming from Kiyv, like everyone I think. I felt like I never did before and I’m sure I wasn’t the only one feeling that way. War is not an option for those who want peace, and as the days went by many Russian citizens raised their voice against the war and their government and started to protest in many cities, starting from Moscow and Saint Petersburg as well as on the internet. The live streaming of people arrested in the streets during peaceful protests was so weird I couldn’t believe it. As the protests spread the Russian government took a set of measures with the specific aim of stopping them, basically jail time (from three to fifteen years) or high fees (from 30k to 15kk rubles). The most sly measure of all was the ban of some source of information like BBC News, Twitter and all the app stores. This shrinks the possibility to get but also to give information.

Thinking about this last point I decided to write a simple guide to create a very basic website with your own laptop or, even better, a raspberry pi running on the TOR network, which by default is quite censorship resistant. In a nutshell: a website your government can’t tear down. That’s exactly what I would strive for I was in Moscow or anywhere in Russia now.

The guide - called Jekyll on TOR - can be found on GitHub at this page. I hope this will help everyone in Russia - or any other country in a similar situation - to bypass any kind of censorship and eventually create a network of independent and free reporters. I will update the guide in the coming days with all the contributions I could get, correcting typos, etc. but it’s already 100% working!

To be 100% of the result I ran this experiment on my (this) website, which is now available also on the TOR network. If you want to try it just open you TOR browser and go to jda7pxjlrqahy224geqcav4luvgmsuavruipzfxahl4ruheoywmylbid.onion.